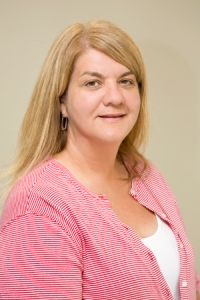 I don’t think many of us can go through a day without hearing or using the word “safety” in our workplaces. When it comes to definitions of patient safety, a common denominator is striving toward freedom from accidental injury. During surgery, safety must be built in, every step of the way.

For most, the Operating Suite or OR is a misunderstood and somewhat mysterious place.  What makes the OR a very unique area is the vast array of staff interactions occurring in a high-paced, complex, technological-laden world with a vulnerable, unconscious patient most times who is unable to speak for himself or herself; the significance and importance of team communication are quite evident.

To improve safety awareness in the operating rooms of Eastern Health, our team has adopted a process called a surgical safety checklist.

For those of you who are not familiar with the surgical safety checklist, it is a list of questions found in every operating room that the surgical team answers during the three phases of any operation: before the induction of anesthesia, before incision and before leaving the OR.

Procedural checklists are proven to be useful because they decrease preventable critical incidents through efforts such as improving teamwork, enhancing communication, heightening situational awareness and strengthening error-catching.  This initiative has been endorsed by the World Health Organization (WHO), the Canadian Patient Safety Institute’s Safer Healthcare Now! initiative and Accreditation Canada.

As educators, we were faced with the mandate of “making it happen” in our operating rooms – a very daunting task.  We adopted the PDSA framework, which stands for plan, do, study, act.  Step one was to create a team whose goal was to set this in motion. Our team included the director, managers, clinical educators (my position at the time), and clinical chiefs of surgery and anesthesia.

The safety culture of any operating room comes down to time, efficiency and patient focus. In moving forward with the checklist, we knew that we could not compromise any of them.  The team modified a checklist put forth by the WHO and geared it to meet the needs of our practice.  Several versions were tried and tested, as we worked through our PDSA model!  We even held a Grand Rounds educational session involving surgeons, anesthesia and nursing staff for both adult hospitals as an avenue to educate, discuss and set the stage to move forward. 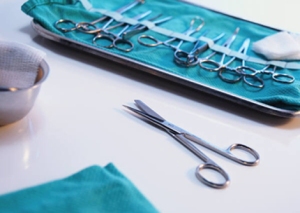 As you can imagine, there were many mixed emotions.  This was a major change to the flow of the surgical system and team behaviour.  For example, the historical flow to the surgeon’s world was modified as they were now expected to enter the OR and be present for the initial briefing. In reflection, it was nice to see that our team had several surgeons who were early adopters, or champions as we called them, that really helped move the process along.

Once the city hospitals were using the checklist, the next step was to spread its use to the entire region.  This phase was seamless and successful, mainly because of the instrumental involvement of interested and motivated regional representatives.

Currently, the checklist is used in all operating rooms of Eastern Health.  The same regional team that implemented the checklist also audited compliance, and the analysis shows that the entire regional Perioperative team are using all three phases of the checklist. Most importantly, verbal reports show that there is synergy amongst staff in recognizing the checklist’s potential worth.

Overall for me personally, I can see and have always seen the significance of using this tool. I’ve been an operating room nurse for 18 years, and over that time the depth of technology has compounded and made the process of surgery highly complex.  As well, the concept of efficiency and time is inherent to the overall functioning of an OR.  Operating rooms function on the processes of hundreds of sequential steps.  The reliability of these steps determines whether or not the desired outcome will be achieved.

The safe surgery checklist serves the purpose of ensuring that everything needed for each and every procedure is addressed at several key points by the entire team resulting in an efficient, safe and positive experience for each patient. ■

This story was written by Joanne Peddle, a special projects manager and program coordinator with Eastern Health’s Perioperative Program.

One response to “Safe Surgery Checklist: A Safe and Positive Experience for the Patient”