As part of Organ Donor Awareness Week in Newfoundland and Labrador (April 19-25, 2015), Eastern Health shares one mother’s story of her son’s bilateral lung transplant and how this selfless gift from a donor family breathed new life and new beginnings into her son and family.

On October 5, 1983, I delivered my second son, Matthew. He was a happy and healthy baby for the first eight months of his life, but that quickly changed due to an ongoing battle with respiratory infections, weight loss and admissions to hospital. In February of 1985, at the age of 16 months, our questions finally had answers; our son had Cystic Fibrosis (CF).

“CF is a progressive, fatal disease with no known cure or treatment and something we knew nothing about at the time.”

CF is a genetic disease that affects primarily the respiratory and gastrointestinal (GI) systems in affected patients. It causes mucus to be thick and sticky, which traps bacteria causing recurrent infections in the lungs, and prevents digestion and absorption of nutrients in the GI tract. CF is a progressive, fatal disease with no known cure or treatment and something we knew nothing about at the time.

However, we learned a lot very quickly and rapidly realized that managing CF would be demanding and challenging. Matthew did physiotherapy two to three times a day and took medications via inhalation to keep his lungs clear. Digestion required that he take seven to eight pills every time he ate.

Despite all of our best efforts, his teenage years showed a declining lung function and he was spending an average of two months in hospital each year.

In June of 2008, Matthew struggled to finish his school year at College of the North Atlantic, but managed to get through. Just two days after he finished classes, he was admitted to the intensive care unit (ICU) for antibiotic therapy and four days later he was airlifted to St. Michael’s Hospital in Toronto to be listed for bilateral lung transplantation.

To say it was a stressful time is a big understatement. Although we knew a transplant may be required someday, we had always hoped and prayed that we would be that lucky family who son’s disease would never progress to this point.

If you have to deal with something like CF in your life, having a lot of family support is an amazing asset. Our family was our backbone; they saw us through thick and thin. Life in Toronto, away from our family and friends, when we needed them most, was scary and difficult. But with frequent visitors from home, we settled in to wait for “the call.”

“Matthew’s health continued to deteriorate and we all prayed for and feared that call that could be a new beginning or the end.”

Matthew’s health continued to deteriorate and we all prayed for and feared that call that could be a new beginning or the end. Matthew expressed his wishes about heroic measures should there be complications post transplant and we discussed funeral arrangement in case things didn’t work out. While these are not conversations you ever plan to have with your 24-year-old son, they were necessary talks and despite them, Matthew remained positive and upbeat about the whole process.

On September 18, after just three months of waiting, the call came.

When the phone rang just past midnight, we all knew it was the phone call we were waiting for. While the rest of us ran around in a panic grabbing bags and keys, Matthew calmly announced he was going to grab a shower cause who knew when he’d be able to do it again.

When we arrived at Toronto General Hospital, he had all the required tests performed without a moment’s hesitation or a question in his mind. They assigned him a room and told him surgery would be early in the morning.

His dad, sister and I worried, fretted, prayed, paced the halls and cried throughout the night. Matt climbed into his bed and slept like a baby. We were awestruck with his calm demeanour – he was obviously ready for this to happen and was at peace with his decision.

The next day was long. Matthew spent 12 hours in the operating room before being transferred to the ICU, still intubated and ventilated. Very early the next morning, he came off of the ventilator and just two hours later we got him up and he walked up the corridor to the waiting room to say ‘hi’ to his many family members and friends who had come to check on him.

He continued to work hard, push himself and do extremely well. Finally, on December 16, we received an early Christmas gift – he was cleared to return home to Newfoundland and his life. In early January, he returned to school and has never looked back. 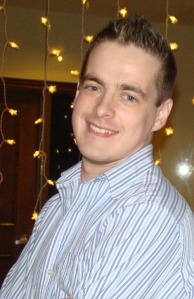 Matthew continues to do well six and a half years later; he has a challenging work life, a wonderful, supportive girlfriend and a new house!

“…that incredibly selfless and generous decision to help someone else during a devastating time of loss is beyond description. There are no words to explain our gratitude.”

Every year on September 18, we celebrate Matthew’s ‘lung anniversary’ and count our blessings that we still have our son with us. But more importantly, we stop to think about our donor family.

We know nothing about Matthew’s donor family, except the fact that they are extremely kind and caring. The compassion and grace they demonstrated by making that incredibly selfless and generous decision to help someone else during a devastating time of loss is beyond description. There are no words to explain our gratitude. We only hope they realize the impact their decision has had not just on Matthew, but on all of his family and friends. I hope that knowledge brings them some measure of comfort.

Life can be pretty awesome post-transplant; Matthew is an example of that. Yet, sadly there are over 4,500 people in Canada waiting for an organ transplant, hoping for a second chance at life.

Please, consider being an organ donor. Sign a donor card and express your wishes to your family. It is the kindest, most selfless gift you can give a person and a beautiful way to leave your mark on this world. ■

Special to StoryLine: This story was written by Edna Cahill, mother of a lung transplant recipient and instructor with the respiratory therapy program at College of the North Atlantic in St. John’s, NL.