In my own home, like in many others, I promote healthy eating by offering a variety of vegetables and fruit.

Although I try my best and healthy eating is important to me, I face some of the challenges that exist for many parents when trying to include veggies and fruit at all meals and snacks. Sometimes produce can be quite expensive, sometimes it is unavailable and sometimes my children decide they just plain don’t like a particular vegetable or fruit! 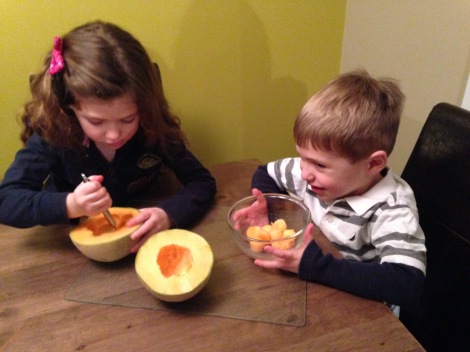 As a mother of two young children and a health promotion consultant with Eastern Health, I am thrilled to see the launch of Eastern Health’s Veggies & Fruit campaign.

This campaign, directed primarily to parents and caregivers has two main messages – eating fresh, frozen and canned vegetables and fruit are all good options; and they should be enjoyed with every meal and snack.

Frozen and canned, you say? 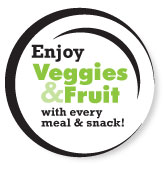 One of the things I like most about the campaign is the promotion of fresh, frozen and canned veggies and fruit. I am guilty of a “fresh is best” mentality where I scan the produce section and complain about the high cost of some of my family’s favourite snacks – without even considering the alternatives. For me the messages in this campaign serve as a reminder that other, less expensive, equally nutritious options exist. Plus they’re in season all year-round!

My family, like most these days, has a very busy schedule. If my regular grocer is sold out of the items I want, often there isn’t time to shop around and hunt down the items I initially sought. When I consider canned and frozen options, the availability of my family’s favourite produce instantly increases. This saves on time for me and avoids disappointment for my children when I can’t find what they want most.

This brings me to my favourite part of the campaign – the attractive vegetable and fruit characters featured on the posters and various promotional items. 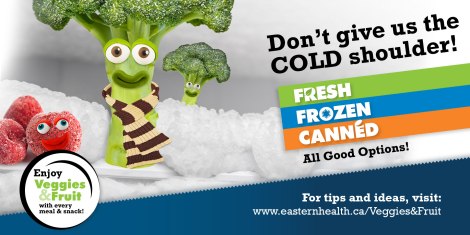 I have always tried to include my children as much as possible in the grocery shopping. What I’m often faced with are colourful and attractive characters on some of the packaged foods that really appeal to my children. This can make it difficult at times, to draw their attention back to the foods that have the most nutritional value.

The images used in the Veggies & Fruit campaign are a great rival to some of the longstanding images seen in the grocery store.

I look forward to my children being exposed to these pictures and asking if we can get veggies and fruit instead!

Including a fruit or vegetable option with every meal and snack is a very valuable practice as we pack lunches and prepare meals.

I believe it is important for my children to see that Mommy and Daddy have similar things in their lunch boxes, and that we all eat the same food at mealtimes.

For example, stir-fried veggies was a dish that produced groans and complaints from my daughter. We were persistent and it was an unforgettable day when she asked to have them for a meal, proof for me that in the long-run modelling good food behaviours really does work. 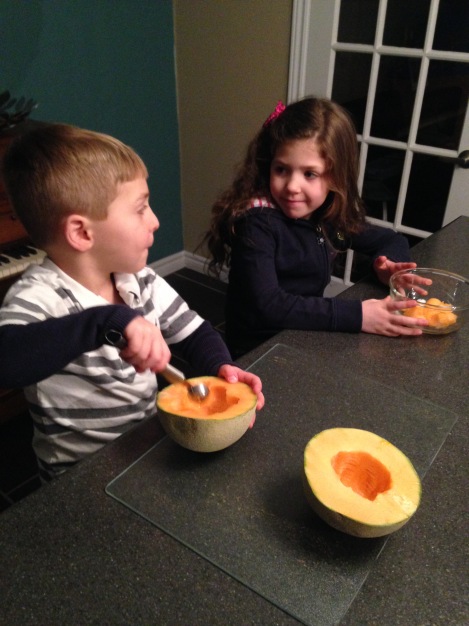 I also believe it is important that my children participate in the food practices within our home. Making shopping and food preparation a family affair really does affect how invested we are in what we eat. For my children, allowing them to take on small, age appropriate tasks – choosing a can from the pantry or opening a bag from the freezer – encourages them to eat what has been prepared because they were a part of it.

The launch of this campaign puts a spotlight on vegetables and fruit, and it is a perfect opportunity for parents and caregivers to assess and reflect on the amount of these foods their family eats, set some goals and get creative with the many options available!

This is story was written by Ashley Crocker, a health promotion consultant with the Eastern Health.