Sometimes you meet people, and you know they are special. That’s what happened when I met Barbara Albrechtsons.

Originally from Calgary, Barbara has been a practising public health nurse for 35 years – 20 of which have been with Eastern Health. In the last decade, she has worked endlessly to help increase access to health care and health resources for refugees and immigrants.

This could not have been more evident earlier this year, when she was – and continues to be – at the forefront of efforts to successfully integrate Syrian refugees into our health-care system.

“What strikes me the most is their resilience,” Barbara says. “These families want to be happy. They want to start working, get to school, and resume their education,” Barbara added. “It is not that they don’t have a lot of pain. They have lost everything, some have lost children. But they are ready to move on if they get the support and care they need.”

Barbara is clearly passionate about her work, but what stands out is her compassion.

The Syrian war is ranked as one of the worst humanitarian civil crises in modern times. It is estimated that more than half of the Syrian population has been affected; nearly eight million people have been internally displaced, while approximately 4.5 million have sought refuge in neighbouring countries (Pottie et al., 2015). 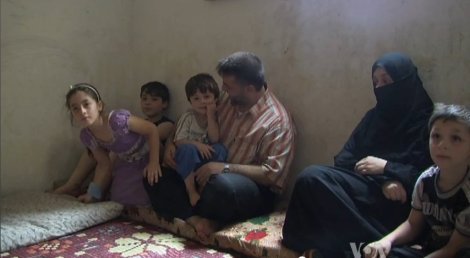 “Refugees are a very vulnerable population – and once in a new place, they experience barriers because of the language or the cultural norms,” Barbara explains. “They are susceptible to poverty, and they face isolation and loneliness.”

According to the Association for New Canadians (ANC), St. John’s receives over 150 refugees from around the world each year. But during the peak of the Syrian crisis, Canada provided safety to 25,000 Syrians, and that meant that in January 2016, the number of government-assisted refugees increased to 265 – doubling the number of newcomers to St. John’s quickly and with very little notice.

“It was the winter, and they hadn’t received vaccination for influenza,” Barbara says. “And they got really sick!”

Due to the very precarious circumstances these families come from, it was also no surprise that they had no health or immunization records. This was especially daunting considering the Syrians are a young population. More than half of displaced Syrians are children, and of those, three quarters are under the age of 12.

Let’s Get Physical: An Exercise in Mass Health Clinics

Some of Newfoundland and Labrador’s Syrian refugee children, and father of two, Hamed Al Tawiila (right.) Photo courtesy of the Association for New Canadians (ANC)

To offer health clinics, Eastern Health, in partnership with the ANC and Memorial University of Newfoundland and Labrador (MUN) Family Practice Medicine, collaborated to provide these families with health assessments, referral to family doctors, immunizations, vision and hearing screening.

“This is what we call non-routine immunization, and it takes a lot of coordination,” Barbara says.

Normally, families and children residing in the province acquire immunizations as children grow; these are scheduled at certain stages of development with their public health nurse or during school immunization programs.

A whole new plan was needed for the new arrivals. So based on the Provincial Immunization Guide, Eastern Health’s Communicable Disease Department provided guidance on non-routine vaccinations.

“It was unprecedented for us, but a lot of partners made it possible,” Barbara points out.  “We hosted 15 refugee mass clinics during the flu season. It was a huge project – we relied on about 20 interpreters and many volunteers,” Barbara says.

“Almost every public health nurse in the area was involved.”

Even now, this work is ongoing.

Today, Barbara coordinates an Eastern Health public health clinic located at the ANC’s English as a Second Language (ESL) Training Centre, but that was not always the case.

The ANC is a non-profit, community-based organization dedicated to the provision of settlement and integration services for immigrants and refugees in Newfoundland and Labrador. The centre also has an on-site certified daycare for kids between the ages of two and five whose parents attend English language classes. Over 220 adult students and 30 young children attend the centre each day.

“At the beginning, close to a decade ago, I would visit the ANC two hours a week,” Barbara recounts. “But it quickly became clear that newcomers were not accessing our public health programs. Kids were entering school unvaccinated; moms were delivering babies without any prenatal support.”

It wasn’t as if they did not know the importance of vaccination – childhood vaccination coverage in Syria was greater than 90 per cent before the war. They just weren’t aware of how to get those services.

It was then that Barbara and a number of nursing colleagues put together a proposal to seek resources to expand their presence at the ANC’s Training Centre.

“The ANC has been very supportive. From the very beginning they have wanted to work with us,” Barbara says.” And there is the support of our Director, Karen Milley, and my Nursing Manager, Bella Keefe. This growth would not have happened without them. The truth is that managers are the unsung heroes because behind the scenes they make it happen.”

Looking back, Barbara’s work has certainly paid off.

The clinic now operates on a full-time basis. Barbara and her colleagues have been instrumental in facilitating access to family physicians and other health professionals as well as access to health resources such as weekly child health clinics; pre-school health checks; school immunization programs; tuberculosis screening; mental health services; parenting programs; and prenatal support and education.

“There are several children with unmet chronic health needs, so having a physician assess these children and arrange for appropriate follow up is an incredible support for families.” Interpreters are often used to assist in this process.

Health promotion and health education is also a big part of Eastern Health’s partnership with the ANC.

Barbara underscores the importance of informing newcomers about breastfeeding, parenting, sexual health, healthy eating, etc., in addition to promoting chronic disease prevention and management for conditions such as diabetes, hypertension, cervical screening, and much more.

“I love our flu clinics not only because they promote health, but also because everyone comes,” Barbara says smiling. “They are social, communal events. Seniors who normally don’t attend the school will attend the clinics.”

Barbara has also been a catalyst for forging a number of other unique collaborations, including assisting with the establishment of a new family practice targeting refugees. 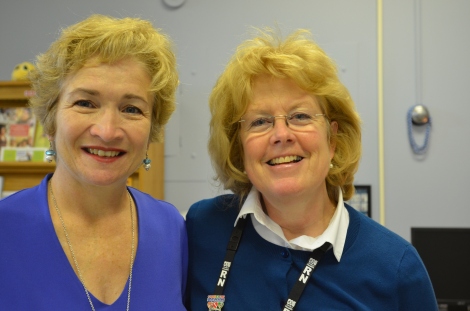 The Refugee Clinic opened at the MUN Family Practice Unit in September 2015 under the direction of Dr. Pauline Duke (above) and Dr. Christine Bassler (below.) According to Barbara, this is especially helpful because doctors and the public health nurse are able to work closely together for the benefit of each refugee patient. 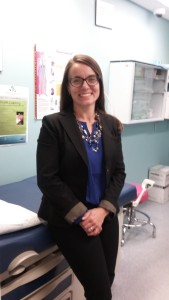 And then there is The Gateway Project – another initiative between Memorial University’s Faculty of Medicine, Eastern Health and the ANC, that seeks to engage medical students with the refugee community.

According to Barbara, it is a win-win situation where medical students learn valuable clinical skills, gain exposure to other cultures and build trust, while newcomers get the medical care and support they need to integrate into society.

Making a difference every day

“It is truly rewarding to see these families move on and grow – from the time they first get here, and watch them become stronger and more independent,” Barbara says with a smile. “They are very thankful to be living in Canada. All the dreams we have for our children, they have for theirs.”

Barbara tears up as she shares one of her most cherished memories.

“Early on, a large family from Sudan arrived in St. John’s. The family had six young children, and they had endured a terrible situation. We went through great lengths and care to get translators, and to explain what it is that we do. When I asked them if they wanted things such as immunization, vision and hearing screening, the dad replied:

‘I have crawled through the earth to get here; I will accept any help that it is offered to my family.’

“His response highlighted the importance of supporting refugee families as they integrate into Canada. It gave me a great sense of gravity – and of purpose.” Barbara explains. ■

This story was written by Melisa Valverde, digital communications manager with Eastern Health.

4 responses to “The Impact of One: Improving Access to Health Care Among our Refugee Population”