If your calendar is anything like mine this December, almost every weekend has been filled with social commitments and get-togethers that have one thing in common (aside from the festive décor and holiday food!) – alcohol. 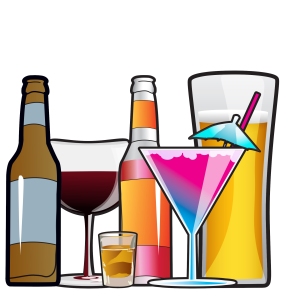 It’s hard to deny that for many people drinking alcohol and the holiday season go hand-in-hand. While everyone wants to have a good time celebrating and relaxing with family, friends and co-workers, we must also be mindful that consuming alcohol can have serious and harmful impacts – not just on those who consume it but potentially on others, as well.

One risk associated with alcohol-use with possible tragic and devastating outcomes is impaired driving. Did you know that Newfoundland and Labrador has some of the highest rates of impaired driving in the country?

That is one of the reasons why Eastern Health launched Rethink That Drink back in September. This educational and awareness campaign is aimed at:

“The RNC and Eastern Health have partnered on several occasions to educate the public concerning alcohol consumption, addiction issues and impaired driving,” she says. “Rethink That Drink ensures that people are aware of the choices they have when consuming alcohol. Whether it is at a social function, family gathering, in your own home, or at a nightclub, alcohol consumption will affect many aspects of your decision making.”

Tracey Sharpe-Smith speaks at the launch of Rethink That Drink

Since the launch of the campaign, Eastern Health’s Mental Health and Addictions program has been visiting Memorial University of Newfoundland and the College of the North Atlantic campuses in the eastern region to promote responsible drinking. In just over two short months, we have connected with hundreds of people either directly through our public engagements or via our website, advertising and social media.

One of the most common alcohol-related risks that we get asked about is impaired driving and ways to reduce it. Through discussions with students it is apparent that they have a consciousness and desire to make more informed decisions about impaired driving. They want to reduce the likelihood that they will drive while impaired and thus reduce the chances of either hurting themselves or someone else in the process.

One of the five key messages of Rethink That Drink, “Time Matters,” focuses on helping people understand the basics of alcohol metabolism, rates of elimination and blood alcohol concentration so that they can better understand the various factors that come into play as it relates to impairment and driving.

For example, people may think that they are okay to drive if they “just had one drink” –

but if you aren’t aware of what a standard drink is, then what you think is just one may in fact be more like two or three and could put you at risk for being over the legal limit.

What people may not realize is that there are many factors that come into play when it comes to impairment such as sex, weight, height and age.

Constable Didham reminds people that when they drink “inhibitions are reduced, thought processes, including judgment and reaction time are impaired, and one’s overall decision-making process is unsound. This occurs on an individual basis, and varies according to amount of alcohol, type of alcohol, rate of consumption, metabolism and several other factors. This also differs each time that individual consumes alcohol. This applies to all actions; not just impaired driving.”

While there is no sure way to determine elimination rate of alcohol from your body, a good rule of thumb is that it takes about one and a half hours to process one standard drink from the time you finish drinking. So, if you have six regular beers (341ml at five per cent alcohol), it would take at least nine hours for the alcohol to get out of your system.

“The RNC has noticed an increase in ‘day-after’ impaired driving rates in which people have consumed alcohol, slept for a period of time, and drove,” notes Constable Didham.

While people may think they are making the responsible choice by getting a taxi or staying overnight while they are impaired – they can still be impaired the next morning when they get behind the wheel. Sleep does not sober you up. Neither does drinking coffee or having a shower.

The secret to sobering up is time!

While it is easy to get caught up in the merriment of the season, Eastern Health reminds you that if alcohol is a part of your seasonal cheer, please use it in a way that reduces your chances of alcohol-related harms, including impaired driving.

Rethink That Drink this holiday season!

This story was written by Tracey Sharpe-Smith is a Regional Addictions Prevention Consultant with Eastern Health.

Tips from Rethink That Drink for a Safe & Healthy Holiday

If you choose to drink this holiday season, here are some tips on how to reduce your risk: