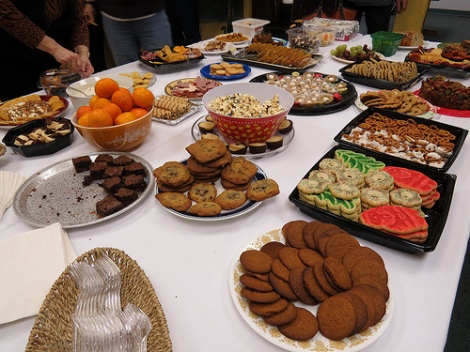 But for people who have food allergies, or celiac disease, this simple pleasure can become a nightmare. Does that contain gluten? Does it contain nuts, milk or eggs? A simple meal becomes an obstacle course.

May is Asthma, Allergy and Celiac Awareness Month. According to Food Allergy Canada, food allergy is a growing public concern with approximately 2.5 million Canadians reporting they have at least one food allergy.

For celiac, approximately one in every 133 people will be diagnosed with the disease. It is believed that many people have celiac but remain undiagnosed.

As a dietitian, I counsel people on how to avoid the food allergen that is harmful to their body. I also help them to gain the confidence to live their lives to the fullest when it comes to social gatherings, knowing how to prepare foods for themselves, and what to look for on food labels.

Joseph and his mom, Kim Samara, remember what he felt like before he was diagnosed with celiac disease at the age of seven years old.

“I had belly pain all the time and felt awful,” says Joseph. Indeed, his mother remembers Joseph complaining of his belly and how worrisome it was for her otherwise healthy child to have so many stomach problems.

“I remember going to the doctor and asking for testing to see what was going on,” says Kim.  “Finding a diagnosis was frustrating as it took at least a year and a half before we knew that Joseph actually had celiac.  While having an actual name for Joseph’s symptoms was good, we were leaving for a vacation the next day. So while on the plane going to Ontario, I was trying to find out all I could about celiac. I was like a deer in the headlights,” laughs Kim. “There was so much to learn and I had no idea what we were in for!” 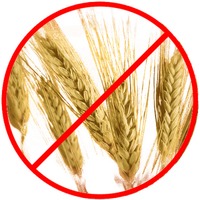 When they arrived in Ontario, they were picked up by family and on the way to their lodgings, everyone stopped for doughnuts.

“That was Joseph’s first encounter with being excluded from the food-aspect of things as he had to sit in between his two friends – each one with a doughnut while Joseph’s hands were empty! I felt so bad for him,” Kim says.

Joseph said it felt lonely, as everyone else was eating but he was unable to participate in the simple act of eating a doughnut. That was their first glimpse of how things would be from then on.

Both Kim and Joseph agree that the process that followed the diagnosis of celiac was very overwhelming and frustrating at first.

“There was so much to learn and figure out,” Kim says.

Since the only treatment for celiac disease is a gluten-free diet for life, many areas of their lives have been affected.

Birthday parties were a problem for Joseph as a young child. “I usually couldn’t eat the party foods such as pizza, hotdogs, sandwiches or cake,” Joseph remembers.

“That’s a bummer for a child, to say the least,” Kim pipes in. “I had to call the parents of the party ahead of time, ask what food they were having and prepare the gluten-free comparable food items for Joseph to take to the party.”

Kim says that while this took extra time, it was important that Joseph was able to participate in the social aspect of the party, especially eating food and celebrating with the birthday child.

When he was younger, Joseph said that being different or being singled out was really uncomfortable. “You just want to be like everyone else. Having attention on yourself because of what food you can or can’t eat was embarrassing.”

Now that Joseph is 12 years old and has been living with celiac for five years, he is comfortable with having to ensure the foods he eats are gluten-free.

“It is just part of my daily routine.  My close friends and family all have gluten-free foods at their houses so when I go over for a movie or a sleep-over, they have me covered,” Joseph says happily.

Kim says that finding gluten-free foods in the grocery stores has improved dramatically.

“There are so many more options on the shelves these days. While I still need to take time to see what the quality of the food products are, the flours that are available now make it easier for me to bake and cook gluten-free products for Joseph.”

Many families with celiac and/or food allergies find that education is vital to help them deal with their diagnosis.

Kim remembers seeing the dietitian after they returned from their vacation. “She told us how important eating gluten-free for a lifetime was. We learned how to read labels; what words meant ‘gluten’ and what foods contained gluten and we were set up to receive a small amount of gluten-free food each month from the provincial government,” Kim says.

“Going on a supermarket tour was really helpful,” Kim remembers. “That is where you buy all of your ingredients, and knowing what was available and what to look for was life-changing.”

Joseph agrees: “I now look at every label before I eat and that way I know if it is gluten-free and also if it is a healthy option for my body.”

The challenges of eating out

Another aspect of life that I hear many people with food allergies and celiac talk about is eating out, whether at a restaurant or at a social function.

Both Joseph and Kim say that cross-contamination of gluten-free foods with other foods is always something they are concerned about.

“We rarely eat out,” Kim says. “We have a few spots that we will pick up some gluten-free food from, but I always double check to see how the food was handled.”

“Many people think that is a bit over the top,” Kim says. “But even the smallest amount of gluten can harm the inside of the body.”

This is true. For persons with celiac disease, their immune system reacts whenever gluten is ingested. While others may not see it on the outside right away, the inside of their body reacts immediately.

Cost and others factors

Cost of gluten-free food has been a challenge for the Samara family. According to the Canadian Digestive Health Foundation, most gluten-free food is at least 2.5 times more expensive than gluten-containing foods.

“For us, we account its cost as being Joseph’s medicine – something he needs every day,” Kim says.

Celiac and food allergies affect a person’s daily life and activities, but Kim and Joseph know that any person newly diagnosed with food allergies or celiac will be okay.

They both agree that time has allowed them to adapt to the changes that eating a gluten-free diet has meant for them.

“We also always bring food with us wherever we go just in case gluten-free food is scarce!” Kim and Joseph say.

If you or a loved one is dealing with celiac or similar diseases, a good advice is to plan ahead and to be prepared.

Other words of wisdom from Kim and Joseph include:

As a dietitian, I am struck by the attitude and skills that both Kim and Joseph use on a daily basis. They are the stars of their situation and provide us all with great words to live by.

This story was written by Lisa Dooley, clinical dietitian with Eastern Health’s Janeway Lifestyle Program and President of the Newfoundland and Labrador chapter of the Canadian Celiac Association.